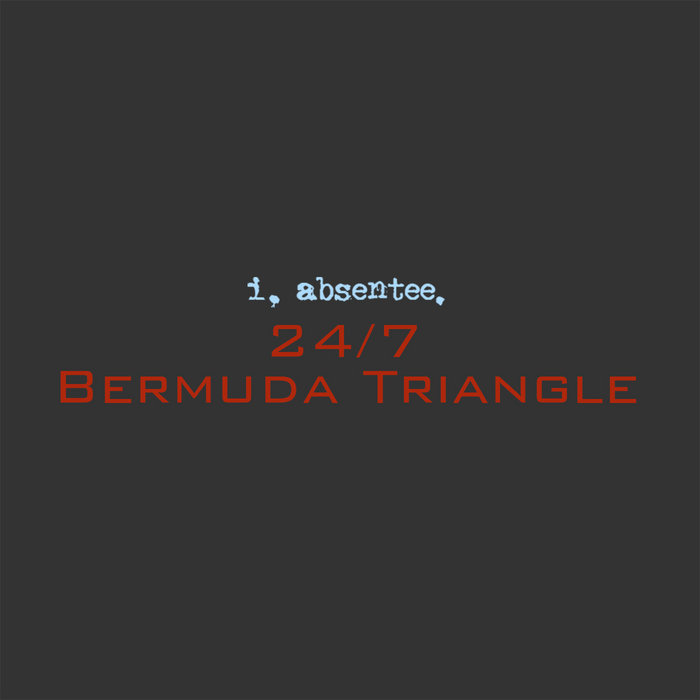 24/7 Bermuda Triangle was a revolving door at I, Absentee, presenting ongoing free audio. Some songs were added, some eventually vanished, some were ultimately released elsewhere. It was an outlet for us to present former projects, collaborations, extra tracks, etc. Some appear under prior or one-off aliases, but all have a direct relation back to I, Absentee. We explored the archives and presented our ongoing selections as IA013. Due to the nature of the concept, most files are unmastered and the older audio may contain surface noise in the original recordings.

Alpha Aesar - Synthetic Sun (Coppice Halifax Sun Dub) - Original, unedited version of the song, which was trimmed down for the "Alpha Aesar" album, due to time constraints.

Audience Of One - The Day Before - Previously unreleased.

D.D. NewMole - Rare White Albino (Itabushi Remix By Koen Park) - Originally commissioned for "The Twilight Fires: Volume Two," but due to time restrictions, was instead released on "Remixes, Reworkings And Reimaginings"

D.D. NewMole - Rare White Albino (Funabashi Remix By Koen Park) - Originally commissioned for "The Twilight Fires: Volume Two," but due to time restrictions, was instead released on "Remixes, Reworkings And Reimaginings"

Specta Ciera - Can I Please Go To The Party - Previously unreleased.

Bandcamp Daily  your guide to the world of Bandcamp

Benji B talks about his new compilation ‘Deviation Classics’